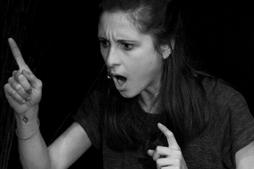 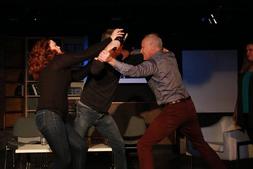 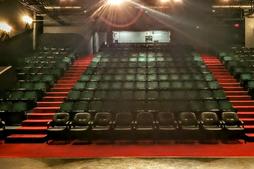 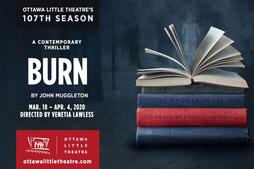 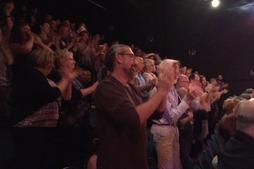 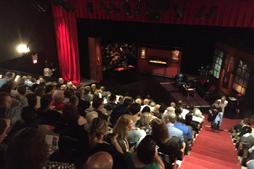 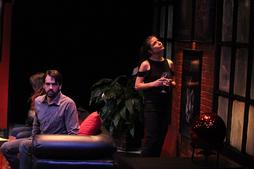 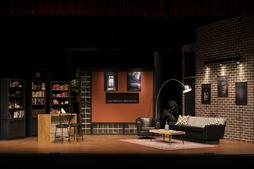 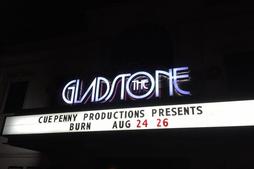 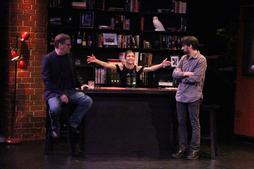 "Burn is an entertaining and often compelling puzzle, and Patrick Truelove’s Sidekick Players production, built around a commanding central performance, gives full value to the play’s cleverness and intricacy. We really want to find out who did what to whom."

"To understand and appreciate the ending, we need to be able to follow along the circuitous garden path down which the playwright takes us. And that we do, to the bitter, poetically just end."
- Jerry Wasserman, Vancouver Plays/Vancouver Sun

"Burn is a highly suspenseful ghost story that holds you in its fiery grip right up until the final moments."
- Alan Mackey, On Stage Ottawa

"It’s great to see the Sawmill pushing the envelope with dark, contemporary, provocative theatre... Burn boasts its share of surprises. Tackling this firecracker of a script is one ambitious feat."
- Carey Bray, Halifaxbloggers.ca

"Because everything in the production is tuned to portray the normality of these characters, the reveal of the mystery comes as a total shock to the audience. This production of Burn was an outstanding opener for Sidekick Players’ 2018/19 season at the Tsawwassen Arts Centre."
- Pat Thiesen, Delta Optimist

​
​
"As a suspense playwright, Muggleton appreciates the need to orchestrate surprises. Like J.B. Priestley in An Inspector Calls and Anthony Shaffer in Sleuth, he understands the dramatic devices that can work in throwing an audience off balance."

"Burn has more provocative concerns in mind than such Christieland items as A Murder Has Been Announced or And Then There Were None."
- Jamie Portman, Capital Critics Circle

"I was almost dumbstruck by how naturalistic Burn felt, and the sense that I was peering in on a group of old friends whose lives were slowly being turned upside down for reasons they didn't understand was wonderful, and more than a little unsettling."
- Kevin Reid, The Visitorium

"John Muggleton’s sense of humour stays hidden until the last moment of the play... I enjoyed the play enormously, it was well acted, excellently scripted and directed. The set was also perfectly gloomy to really add shadows to the corners of our minds and the play." (Burn)
- Stacey Diffin-Lafleur, Ottawa Tonite

"Muggleton is a talented playwright who is able to construct a complex network of relations that let themselves morph into an apparent horror story before anyone realizes what is happening. Muggleton knows his craft and even when the end seems in sight, he still keeps us begging for more until the final moments." (Burn)
- Alvina Ruprecht, Capital Critics Circle

"Muggleton ultimately takes the audience from comfort and intimacy to the edge of their seats in suspense in Burn."

"Muggleton and the cast take the time to establish characters and invite the audience into their private world. Empathy is a powerful drug and it’s this intimacy that makes the suspense and horror, when it does come, that much more powerful."

"It’s obvious that Muggleton knows a thing or two about people – how they love, how they doubt, and what and how they fear."
- Maja Stefanovska, Capital Critics Circle


"The show is new, but the themes are timeless: trust, pride and consequences – then, you add a ghost story with a twist, and you’re left questioning everything you thought you knew, in this ultramodern psychological thriller! Emotions will run high, the tension will be palpable, and the unexpected ending will be incredibly satisfying." (Burn)
- JACK 92.9, Halifax