100 minutes; no intermission (optional with permission)
4 characters (2 m, 2 f)
2 minor characters in voice over
A 55 minute festival version is available


Long-time friends Robert, Samira and David have gathered after the death of a close friend, Paul, a famed horror writer. Paul had also been very close friends with Robert’s wife, Tara, another horror novelist who disappeared five years earlier. Robert has never given up hope that Tara is alive.

The three friends are awaiting the arrival of a woman named Eve., Paul's estranged daughter. Apparently Paul had asked Eve to carry out one last wish – deliver a mysterious package to his three friends.

Eve arrives. She is young and friendly but there is something decidedly unsettling about her. Wine flows, and Eve decides to tell a ghost story. The mood changes as disturbing private details are revealed – details that may have something to do with Tara’s disappearance. Then a series of twists take place that has the audience on the edge of their seats. 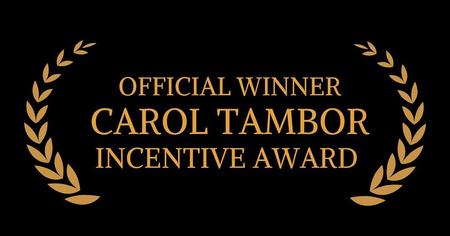 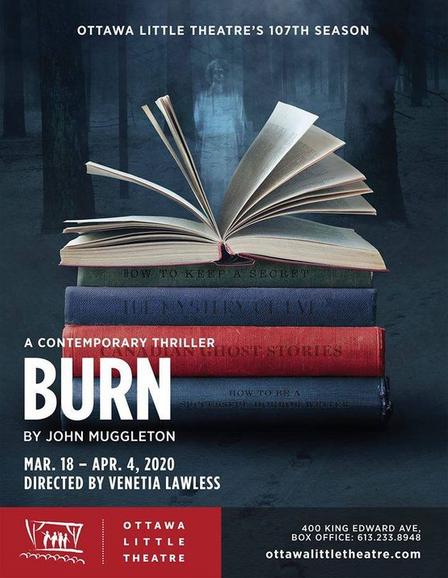 Helen Schofield
Wow! This was my first fringe show this year and what a great beginning. Tightly written and expertly performed, we were completely engrossed and involved. Well done guys, should be a must see for everyone!

Carolyn Corlett
So good I saw it twice!
Even though Burn is only an hour long, the talented cast and clever writing quickly draw the audience into this thriller to experience the unfolding events alongside the 4 characters. Superbly directed in the round by Venetia Lawless, the hour whizzes by and John Muggleton's script leaves just enough open ended questions to ensure a good discussion in the bar after!
Make sure you don't miss this one and book soon as tickets are selling fast!
⭐️⭐️⭐️⭐️⭐️

Rowan
Really fun ghost story. Venue gets you up close and personal with the cast. Totally recommend this for a fun, afternoon show!

Rebecca Curry
Extremely clever writing and a slick performance. Definitely one to see. Thanks

Jamie Walsh
Brilliant performances, excellent script. The show kept me on the edge of my seat. Highly recommended.

Katie Munden
So good! Well written story that keeps you guessing right till the end!! It’s both a murder mystery and ghost story, with some great jokes along the way. All the actors were amazing and we especially loved Eve. Highly recommend!!

Jonathan Brough
Brilliant play, full of suspense and very well performed. One of the best things I’ve seen at the Fringe.

Taylor Jamison
Set on a thrust stage, this play becomes very intimate and the audience is granted the experience of being in the scene. Many twists and turns with an ending that will leave you wanting more!

Brian
The room fizzes with palpable discomfort, which is overtaken by guilt and anger, before a superb final twist. Excellent stuff.