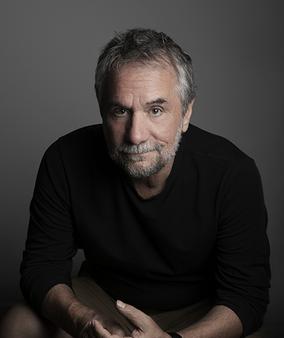 ​​John has been an actor, director, producer and playwright for over 30 years. Past acting credits include David Mamet's Glengarry Glen Ross (Best Production 2015 Capital Critics Awards), Speed-The-Plow (Outstanding Male Actor nomination Prix Rideau Awards, Best Actor nomination Capital Critics Circle Awards), and The Extremely Short New Play Festival 2017 to name a few. On television John has appeared in Mayday, Starhunter and Vision TV, and was  a writer on Mann to Mann (directed by Derek Diorio [Hard Rock Medicine, House of Luc], featuring Patrick McKenna). A member of ACTRA, The Canadian Actors Equity Association and the Playwrights Guild of Canada, John was a co-founder of the Ottawa Acting Company, the current manager of GNAG's Act Ottawa, the performing arts program and is the wonder and Artistic Director of Kanata Acting Studio.

As a playwright, John's first full length play, Burn, was nominated for Best New Play of 2017 by the Ottawa Capital Critics Circle and has since been produced in Canada, the U.S. and the U.K.  In 2022 Burn played to sold out audiences and rave reviews at the Edinburgh Fringe Festival, the world's biggest performing arts festival. An Act of Grace, John's second full length play, was performed at the Eastern Ontario Drama League Festival in November 2018 and was awarded Best Production, Best Ensemble, The People's Choice Award and an adjudicator's award for Outstanding Achievement in Playwriting. John also wrote and produced multiple historical plays for Parks Canada that were performed for several years across Eastern Ontario, earning him the prestigious CEO Award of Excellence.

John has has been an acting instructor at the Ottawa School of Speech and Drama, The Ottawa Acting Company and currently at GNAG's Act Ottawa and his own studio, Kanata Acting Studio. John has received multiple acting, directing and playwriting awards and is a recipient of the Audrey Ashley Award for Longstanding Dedication to the Ottawa Theatre Community.

​John lives in Ottawa with his wife Dana and daughter Janey.